Is there any destination with quite the same musical intensity as Italy?

Singing Mass in St. Peter’s at the Vatican, being staged in a festival setting at one of Rome’s great basilicas or performing in a packed church off one of the main Piazzas.

Exchange concerts in Tuscany with Florence as a back drop - head further North to Venice to sing, sail a gondola and be awestruck by St. Mark’s - go South via Pompeii to the Amalfi Coast or North East to Milan and the Lake District.

Every Italian pathway is an adventure – many that involve a musical experience to last a lifetime.

Plan a custom tour or join one of our many festivals while in Rome before continuing on for your own touring experience.


Other festivals with which KI collaborates:

Posted by KIconcerts at 9:47 AM No comments:

Vienna/Salzburg - your gateway to Central Europe

Performing in the heart of Europe is a dream come true for so many.

Sounds of music in Salzburg, waltz to a concert in Vienna, perform in Prague, bow in Budapest, sail to a virtuoso finale in Venice!

Let us build you a custom tour starting in Central Europe and performing for instance through France, Germany, Austria, Czech Republic, Poland or Italy. Consider joining one of our great festivals in the region
Here are examples of 3rd party festivals listed on our website for France, Austria, Budapest and Germany:

Posted by KIconcerts at 9:08 AM No comments:


Posted by KIconcerts at 8:48 AM No comments:

You are invited to perform individually and/or as part of the combined ensemble Ticheli will conduct. We start with concerts in Vienna before moving onto Schladming, Austria for the Mid Europe Festival.


If Austria is not your choice of touring destination in 2017 KIconcerts has custom tour and other festival options for you around the world; across Europe and on roads less traveled such as Australia, Iceland, China, Costa Rica, Cuba, Vietnam and South.


I was in England recently to discuss the visit of our next band to Harrogate and to celebrate the 50th anniversary of the Harrogate International Festivals with Prince Charles and his wife the Duchess of Cornwall. The band in Harrogate with which we arrange exchange concerts had the unique honor of performing for His Majesty that day.

Join us for you next international concert tour adventure!!!

A royal reason to perform in Britain 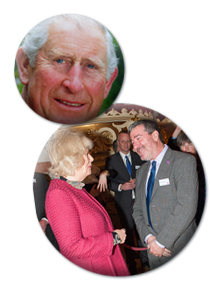 Prince Charles and the Duchess of Cornwall were interested to hear about the US ensembles we host in the United Kingdom at a reception I attended in England last week.

Great Britain is a sensational touring destination. Some groups like to be based in London with performances there, Oxford, Canterbury, Cambridge etc while others give concerts in Wales, Scotland and Northern England.

Enjoy custom tours with exchanges, a chance to enjoy a West End show and tour all the renowned icons the UK is famous for. In addition festivals abound throughout the land including the prestigious Harrogate International Festival that the Royals visited last week.

Posted by KIconcerts at 11:49 AM No comments: